What is thunder and Lightning process how is it formed? –

What is Thunder and lightning process how it is formed? It’s a stormy and dark night, and you see an amazing flash of light in the sky – it’s lightning. So what will come next? I guess … it’s thunder! What is thunder? How is it related to lightning? What is the story of this distinctive growling sound? Thunder is the sound produced by the rapid expansion of air pockets associated with lightning. So until we understand thunder, knowing a little about lightning will benefit us.

Lightning is the discharge of an electrical charge that occurs either inside a cloud, or between clouds, and it is from clouds to the ground and even from the top of clouds to the surrounding atmosphere. Within the growing thundercloud (accumulating clouds) there are millions of tiny ice crystals and super-cold water droplets that rub together as they move up and down. This causes a positive charge to appear at the top of the cloud and a negative charge at its bottom. If this accumulation of charge increases to a sufficiently large degree, lightning-discharge may occur. The thunder sound is an enormous expanse of air, which is heated approximately to 30,000 ° C (more than the surface temperature of the sun) directly around a lightning bolt, generating an audible shock wave. Thunder can usually be heard up to 15 km from lightning. But under ideal conditions, such as a quiet night, it can sometimes be heard up to 25 km away. 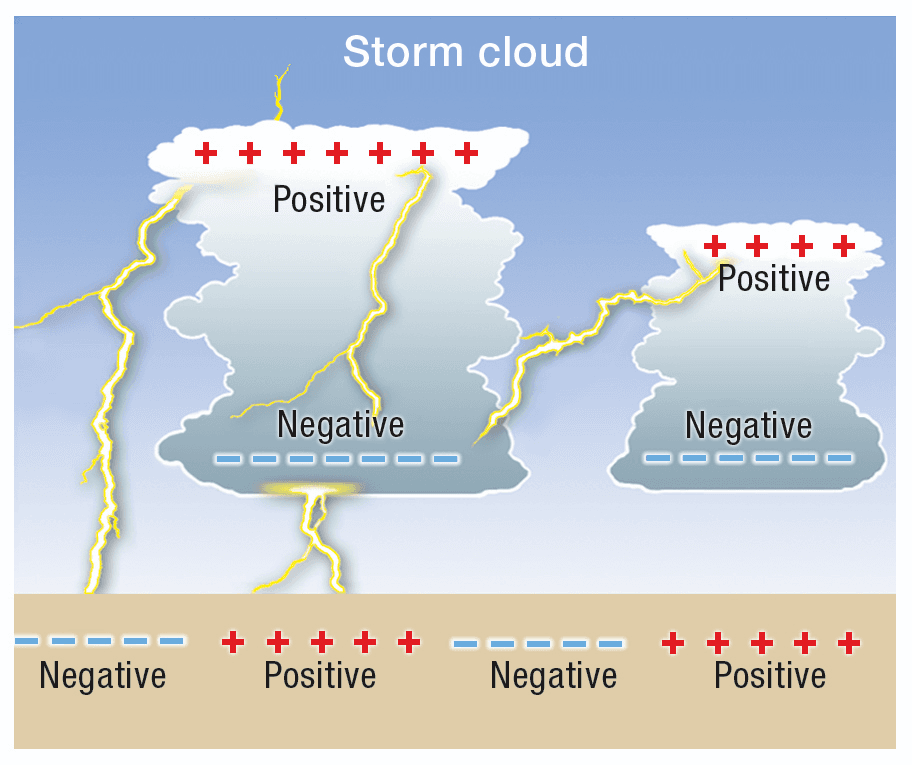 Pictured: Lightning occurs when there are enough positive and negative charges in the thunderstorm clouds that cause discharge.

Can thunder tell you how far you are from lightning?

Yes in deed! Have you noticed that when you see lightning flashing there is a delay before you hear thunder? This is because light is much faster than sound. Light travels at a speed of about 300,000 km / second. That’s over a billion kilometers an hour, so we see effectively lightning flash as it happens. However, the sound travels at a slow pace of about a third of a kilometer per second, more than 1,000 km / hour, so it takes about 3 seconds to travel about a kilometer. With this knowledge, you can estimate the distance of lightning.

For example, if you see lightning flashing and counting for 6 seconds before hearing thunder, then the lightning has occurred within 2 km.

Thunder often looks like a long rumble, there are several different reasons for this. The lightning strike can explode in many directions as it travels in the air, forming a series of explosions and shock waves. It produces a set of different sound waves simultaneously that reach your ear as a continuous sound. Another contributing factor is the way sound waves bounce back to objects such as trees, buildings, and terrain. You can think of this styled echoes in an empty room. When lightning is very close to you and the sound wave has not had enough time to bounce back into many things then it looks like a very loud blow. If he is far away, there will be more time to bounce back and hear things as rumbling.

Low-frequency sounds can travel further before dissipating. As for high-frequency sounds or loud blows, they dissipate quickly. This means that the sound you hear when you are very close to lightning can be different from that of another person a few kilometers away.

What is the reflection of thunder?

Have you ever heard and heard thunder too loud, and may even cause windows or shaking? This could be due to a severe and near lightning strike, or a deceptively distant blow. Under weather conditions known as temperature reflection, thunder can travel long distances while maintaining its intensity. This occurs when the air on the roof is cooler than the air above it. This temperature pattern works like the cap at a certain distance (usually less than 1 km) above the surface. When lightning strikes the ground, the sound wave traps under the hood and cannot dissipate vertically as usual, so it travels horizontally. Thunder reversal sound is often stronger, and can be heard and felt at much greater distances than ordinary thunder. Even in some cases, the aggregated / amplified thunder was a mock quake. 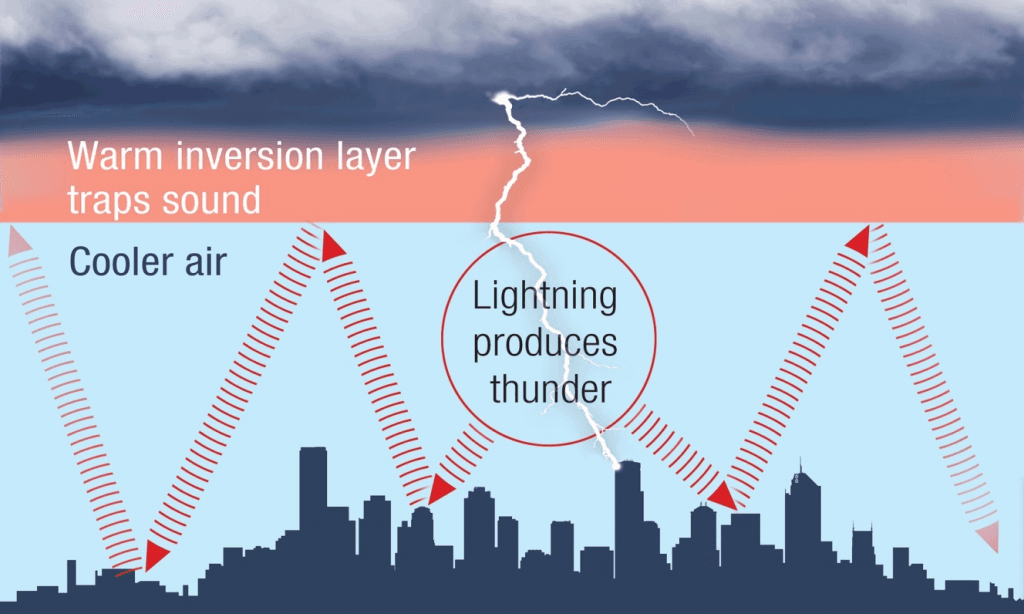 Image: In reflection of thunder, the sound traps under a layer of warmer air, bringing it closer to the surface for a longer period, meaning that it may appear stronger and travel more distances.

What are the types of fossil fuel?

Tips to save fuel while driving?

What is green chemistry explain?

How do you explain oxygen cycle?