In chemistry, allusion is given to a sub-branch of physicochemistry called Van der Waals interaction or forces , which thanks to them we can explain the adhesion , friction , diffusion , surface tension and viscosity of different organic compounds. For example: we know because naphtha is a liquid, methane is a gas and polyethylene, which is represented as a polymer made up of C and nothing else, is a solid. 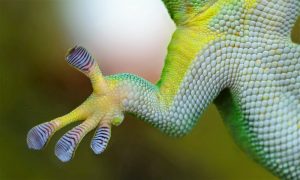 In physicochemistry, it is represented as an interaction or force both repulsive and attractive between the different molecules due to a bond between them called intramolecular bond (covalent bond of molecular type, ionic bond or metallic bond), or the interaction of ions through electrostatics with neutral molecules.

It is a force that is characterized by generating a molecular stabilization where there is the formation of a non-covalent chemical bond where two types of forces or interactions participate; one of them is the dispersion force represented as an attractive force and the other is the repulsion force between electronic shells of two consecutive atoms.

In the 19th century, the American physicist Willard Gibbs was considered the founding father of a sub-discipline of chemistry called, physical or physicochemical chemistry where he conducted studies on the balance of heterogeneous substances   in 1876 in his publication On the Equilibrium of heterogeneous Substances.

The Van der Waals forces named after the Dutch physicist Johannes Diderik Van der Waals (1837-1923); In 1873 he was the pioneer in introducing the effects of equations in the state of a gas, awarding him the Nobel Prize in Physics in 1910.

Although Van der Waals forces in many contexts are relatively weak compared to normal chemical bonds , they play a widely based role in the variability of fields such as supramolecular chemistry, structural biology , polymer science, nanotechnology. , surface science and the physics of condensed matter.