What are some examples of organic pollution?

Organic pollution and all its effects related to it are listed below by which you can find it easily.First we have to know what it is? 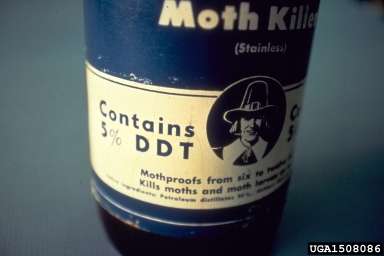 DDT was widely used as an insecticide, before turning out to be a persistent organic pollutant.

In the case of organic matter, pollutants can increase the turbidity of water and create a phenomenon of eutrophication with a decrease in the quantity of dissolved oxygen .

These environmental modifications have profound consequences on the populations of an environment ( disappearance of species , proliferation of other species ).

The Organic pollutants including phenols,chlorinated phenols, endocrine distrupting chemicals, azo dyes and some pesticides are also included in this case.

The effects of other organic pollutants are very variable according to their nature, some being very biodegradable ( carbamates ), others persistent ( dioxins ).

Among the latter, persistent organic pollutants ( POPs ), such as PCBs and DDT, are particularly toxic to human health since they are lipophilic.

What is cooking in chemistry point of view?

What is evaporation and factors affecting it?

What is the simple definition of Water ?

What is condensation with example?

we swallow 5 gram plastic a week

Are e cigerattes safe to use indoors?