Properties of water, nature of water and water as an excellent solvent all these properties are listed below:

Water, so commonplace and abundant on Earth, is nevertheless an almost unique substance:

it has very astonishing chemical and physical properties and behaves in bizarre ways. Ice, liquid or water vapor: discover the mysteries of water.

Can we recycle water endlessly?

How can science help improve water management within the framework of the circular economy? This is the question asked by the players behind the European nextGen project.

Do you think you know everything about the H 2 O molecule ?

However, recent studies have just shown that liquid water can coexist in two different states! Have you never seen an iron bar float on molten iron?

The ice cubes float above the liquid water! In short, water is far from being any matter . 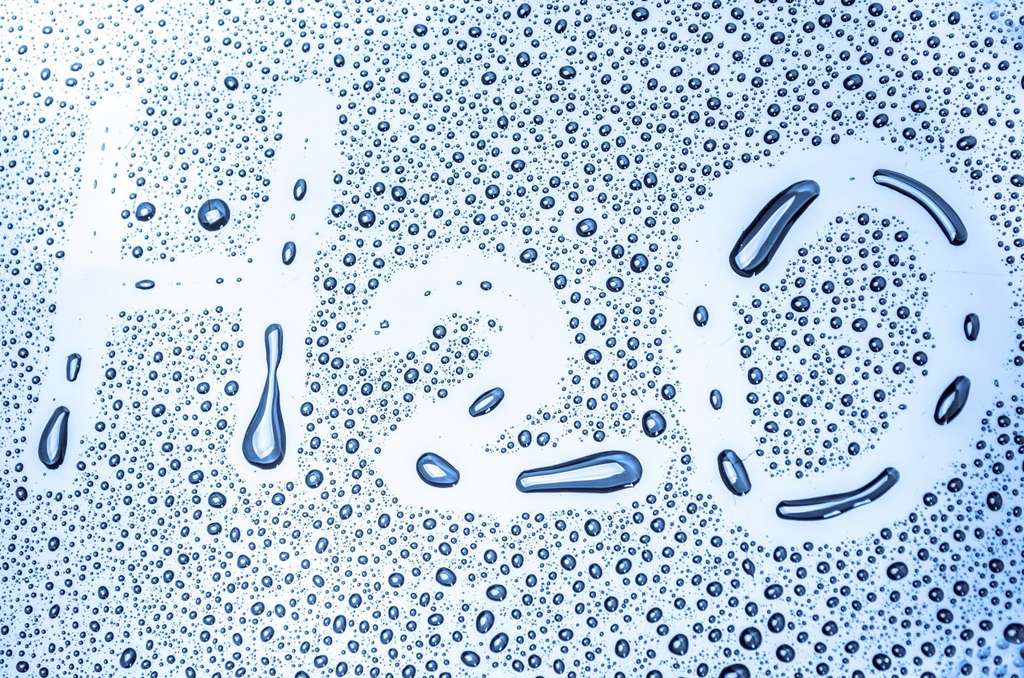 Liquid, solid or gas: the amazing chemical and physical properties of water.

While almost all materials are denser in the solid state than in the liquid state, icebergs float in the ocean and ice cubes float in a glass.

Usually, when a substance freezes, its molecules come together. But the water presents an anomaly : its maximum density is reached at 4 ° C and begins to decrease below. This means that, for the same volume , there are fewer molecules in an ice cube than in liquid water: it is therefore lighter.

Water is present in nature in its three states: liquid, solid, gas

It is easy to observe ice, liquid water and water vapor in nature. On the other hand, you are unlikely to find gold vapor or dry ice  – the solid form of carbon dioxide (CO 2 ) – while strolling outside!

This strange property comes in particular from the particularly high melting temperature of water: oxygen alone evaporates for example at -183 ° C, but the hydrogen bonds between the water molecules oblige to provide much more energy to switch to the vapor state.

Place an ice cube tray full of hot water in the freezer and your ice cubes will be ready faster than with cold water. This curious phenomenon, called the ”  Mpemba effect  “, could have several explanations.It could be due to evaporation which decreases the mass of water and consumes heat , which favors its cooling.

Hot water would also be less sensitive to the supercooling effect  which allows a liquid to remain solid even when its temperature has fallen below its solidification threshold .

Other hypotheses are based on heat transfers ( convection currents would be greater in hot water) or the modification ofchemical bonds between water molecules (narrowing of the covalent bonds betweenoxygen and hydrogen atoms ).

There are two forms of liquid water:

Lately, several studies have suggested that liquid water actually coexists in two forms : one at low density, in which molecules form numerous hydrogen bonds with their neighbors, which keeps them away from each other, and another of high density, where the molecules “pile up” on top of each other and can therefore come together.

While it is relatively common to find several forms of solids for the same material , it is much rarer for a liquid. The only known case to date is helium , whose helium II liquid form  can crawl along surfaces!

Liquid water can coexist in two different density forms, which would explain its strange properties.

Water is an excellent solvent:

You only have to watch a piece of sugar melt in your coffee or powdered salt dissolve in your saucepan to realize it: water is an excellent solvent .

Conversely, it is impossible to dissolve salt in oil or petroleum : it will remain solid at the bottom of the container.

This dissolution capacity is explained by the polar nature of water which tends to attract ionic molecules (with positively or negatively charged ions ).

When, for example, salt (NaCl) is put in water, the water molecules will dissociate the chloride ions and the sodium ions ; an aqueous solution formsNa + + Cl-.

Likewise, water easily dissolves other polar molecules such as sugars or ethanol. 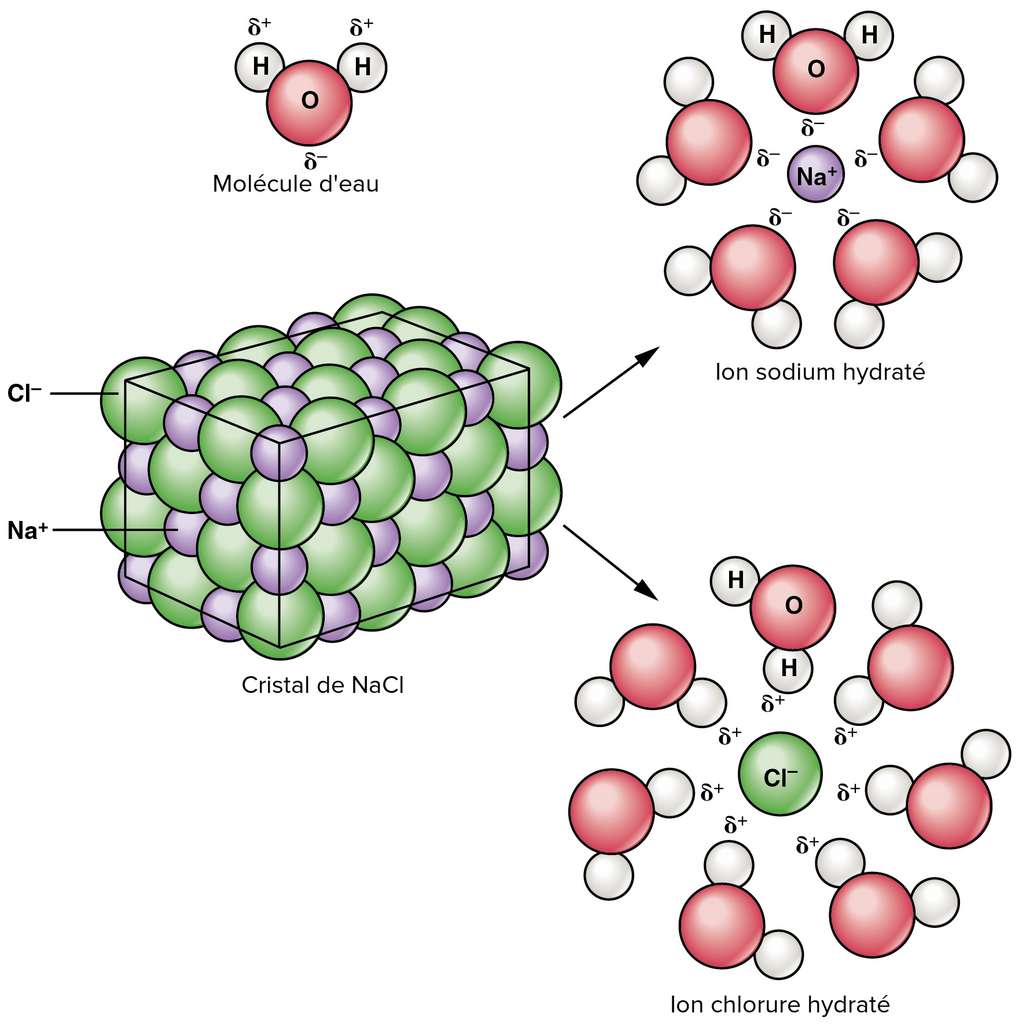 Water can be both liquid and solid:

Researchers recently demonstrated the existence of ”  superionic water  “, a semi-liquid and solid water that becomes conductive like a metal .

Under very high pressure and temperature conditions, hydrogen bonds are destroyed, leaving hydrogen ions to circulate freely in the crystalline lattice of oxygen atoms, which remain organized as if they were “frozen”.

Water can also be in supercooled form, where it remains liquid down to temperatures of -48 ° C before suddenly freezing upon contact with another surface.

Water shrinks as it melts:

Water is a special case:

it occupies about 10% more volume when it freezes. This oddity called “  dilatometric anomaly  ” is explained by the particular structure of the water molecule, where the hydrogen bonds assemble in a hexagonal network, leaving a lot of room between the molecules.

How to memorize the periodic table?

What is the haviest chemical element?

What is the history of acids, bases & salts?

NaOH is a strong base?